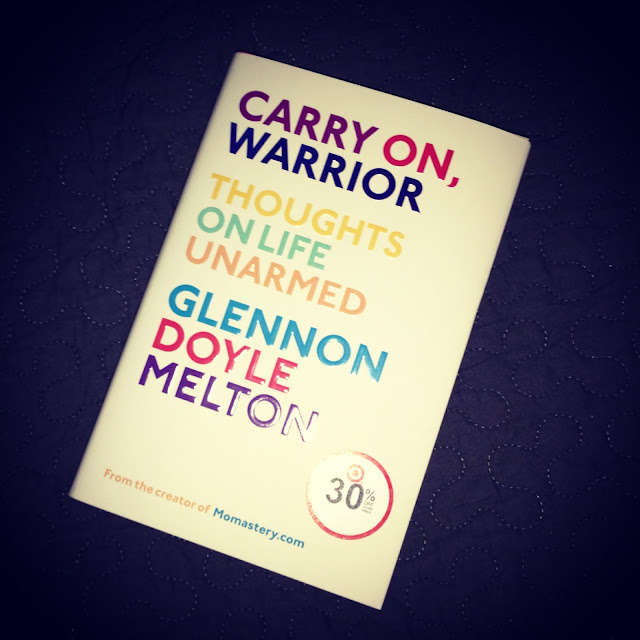 I feared this blog would be a complete spoiler alert and that everyone would need to know that if you’ve not yet read the book, please don’t read this post… However, I just couldn’t do that to anyone. This book has been on my “to read” list since the day Glennon Melton of Momastery announced she was writing a book. Her blog was introduced to me through social media channels. A mom and an old high school peer “shared” the link to Glennon’s “2011 Lesson #2 : Don’t Carpe Diem” that had been run on the The Huffington Post. I was new to the mommy thing and nearly every word spoke to me even though I was yet to enter the throws of tantrum-ville.

When it was released on The Huffington Post, the blog article was already nearly a year old and yet the words transcended time. Looking back at the words today, two years later, and they still ring true. And from the moment I was introduced to Glennon’s writing and Momastery, I was hooked.

And then the book was released and I dove in. I completed the book in 48 hours, six of those hours spent reading, the rest spent living life. I pulled out my highlighter and I read, dissected and highlighted that which I never wanted to forget. There were words and pages that I re-read just because they were so incredible, I just needed to read them twice. As I flipped the last page signifying that the book was completed I nearly turned the first page and started reading all over again. I spoke to my lady co-workers and suggested they read it, I spoke to a couple girlfriends and suggested they read it… I was so excited about this book and so thrilled for my experience from it, that I just had to share with my ladies… Three days removed from completion and I miss the book. The pages were tales in reality and love and compassion. Tales in real life, struggles, heartache and triumphs.

So to you, I will not be a spoiler. Not even a little bit. This book is one, that anyone who journeys through it, should experience in her own way, from her own perspectives. Much like a song and it’s lyrics… The emotional attachment and the ties that bond you to a song are yours and yours alone, from memories and from moments, this book deserves the same experience. I will not spoil it for you. 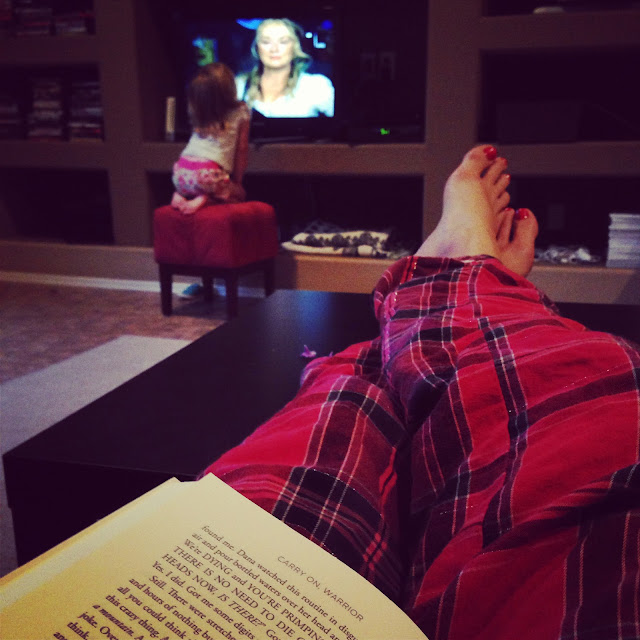 In my “Carry On, Warrior” belief these chapters deserve a second, third, fourth and even sixth read:
On Writing and Dancing. Chutes and Ladders. Inhale, Exhale. Birthdays. Easter. Unwind. Don’t Carpe Diem. Brave is a Decision. Namaste. Gifts Are Bridges. Hostressing. Healing is Listening.

I believe Easter was the most important chapter I read, in the book, for me. Coming off of one failed marriage already and learning to navigate a blended family, with multiple children, multiple exes, some new relationships, schedules, differences in parenting styles, traditions, emotional breaks of the past, emotional healing presently… It just meant a lot… The words spoke deeply to me, they spoke of the continued lesson life presents until the lesson is learned and that there is the option to keep running or there is the option to stay, learn the lesson and grow. Someday we all have to stick through it in order to grow. It was a chilling chapter for me.

Read it, let me know your thoughts. 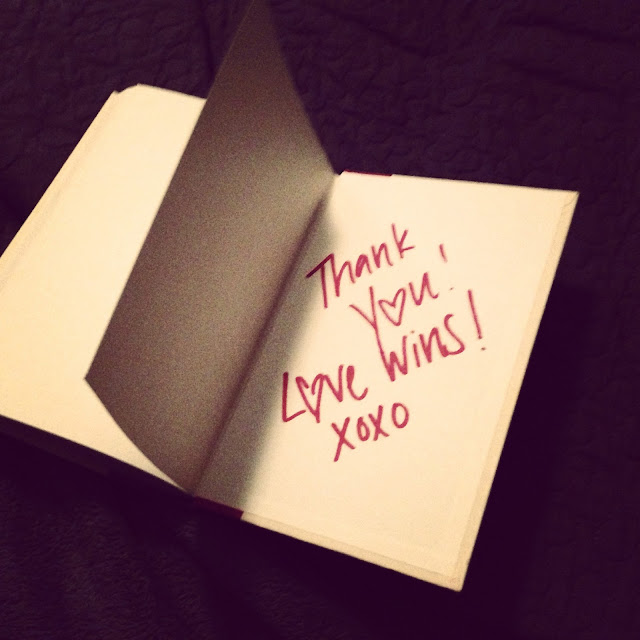