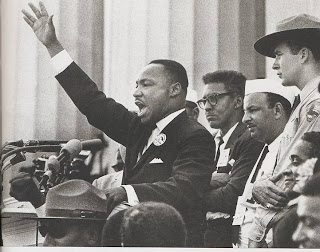 Thank you to Martin Luther King Jr. for the passion and vision you had, for the love and compassion you demonstrated, for the change you desired and the change you inspired. This is an amazing country with millions of amazing people.
Today, let’s remember the good and the amazing. Today, let’s forget the sorrow, the pain, the woes and the concerns. Today, let’s focus on making tomorrow a better day. Positive efforts result in positive rewards.

See below for the complete MLK “I Have a Dream” speech.